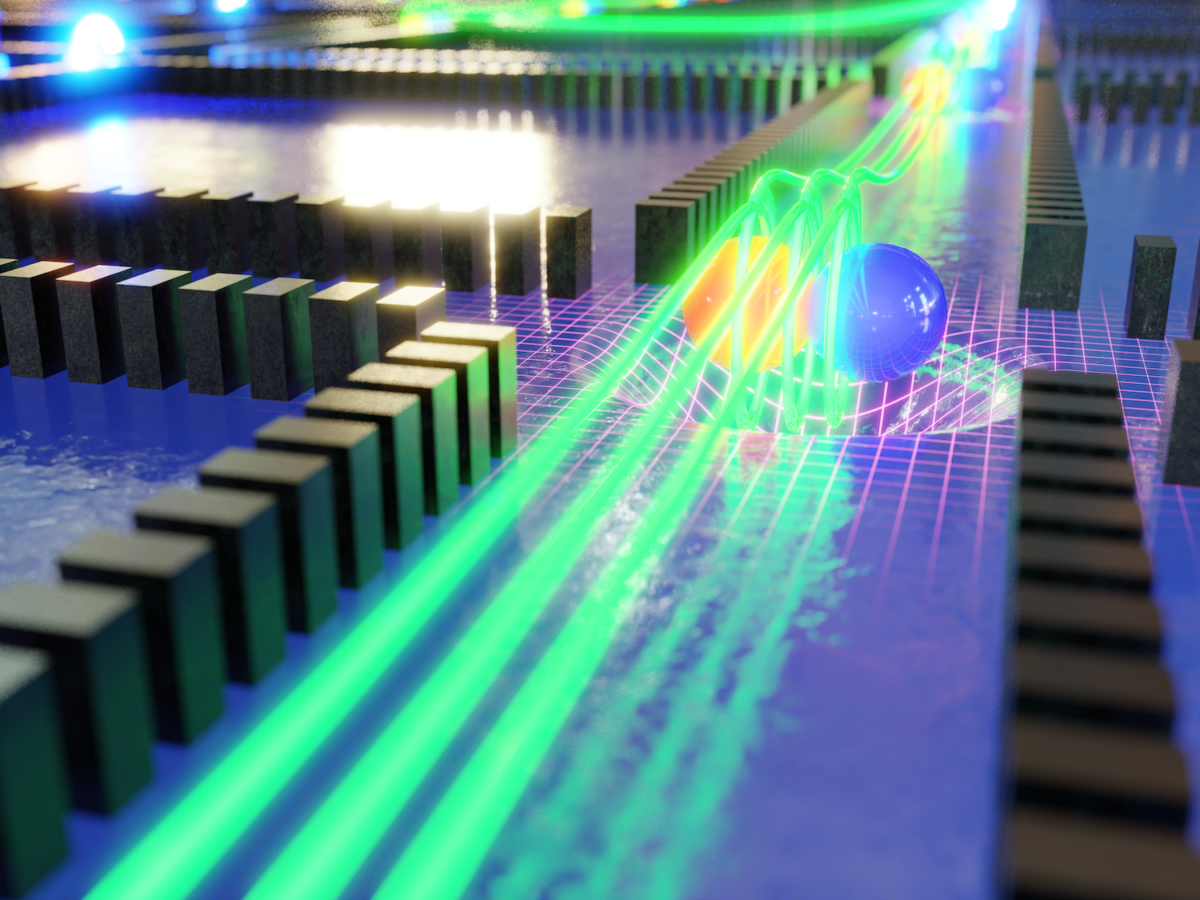 For energy-efficient computation beyond the current CMOS paradigm, tweaking the current nanoelectronics roadmap will be neither enough nor sustainable, but requires to completely rethink transistor devices and circuits. Leveraging recent breakthroughs in perovskite nanomaterials and room- temperature exciton-polariton devices achieved by the consortium partners, we believe that now the time has come to take this beyond the scientific publication level and build a novel technology that can leapfrog established architectures.

Within POLLOC, we aim for the development of a complete technology platform for universal photonic information processing based on exciton polariton condensates in microcavities with inorganic perovskites. We will validate this new technology with respect to the key parameters power, energy-efficiency, size, frequency, and cost. In the digital processing domain, we aim for optically programmable, cascadable logic gates with less than 100 attojoule switching energy and sub-picosecond switching speed. To fulfill the requirements of this disruptive all-optical device and circuitry approach, POLLOC assembles the whole gamut of necessary expertise from chemistry, physics, theory and technology. The carefully chosen, well- balanced consortium consists of leading partners from academia, SME and large end-user with excellent track records that are uniquely positioned to tackle the ambitious goal to unleash the potential disruptive performance gains of this technology and to establish a new kind of digital and analog circuitry paradigm.

In our techno-driven world, semiconductor devices based on the interaction of light with matter are at the heart of all-optical technology. Somewhat similar to a starting pitcher throwing out a ball to other players in a baseball game, when a semiconductor emits or absorbs light, a discreet event occurs in which energy is exchanged between a photon and an electron.

With the current technological advancements, it is now possible to create optical and electronic devices in which photons and excited-state electrons (excitons) are mixed together, forming entirely new particles called ‘polaritons’. This hybrid state can be achieved by placing certain semiconductors between two very closely spaced mirrors. From a scientific perception, these mirrors are equivalent to the body of a violin (or many other instruments), where the vibration of the strings is amplified into an audible sound. They act like tiny boxes, and ‘trap’ photons thereby allowing them to interact with, and then couple to, the electrons in the semiconductor. The polaritons are created through the interaction of the semiconductor material and light bouncing back and forth between the two mirrors. For a heuristic demonstration of an exciton-polariton, please also take a look at this enjoyable video made by University of Sheffield.

If sufficient polaritons can be generated in a cavity, they interact with one another forming a state called a Bose-Einstein condensate (BEC) of exciton-polaritons.

Imagining an exciton-polariton as a single singer, a BEC of exciton-polaritons can be thought of as a choir of the “musical” polaritons! Such condensates are a form of ‘liquid light’ and display quantum properties, even though the condensate can be quite large (10s of microns in diameter). Not only of pure scientific and academic curiosity, these exotic objects can also be used as the basis for an entirely new type of logic devices, as we proposed in the PoLLoC project.

This project was funded by the European Union’s Horizon 2020 program, through a FET Open research and innovation action under the grant agreement No 899141 (PoLLoC).